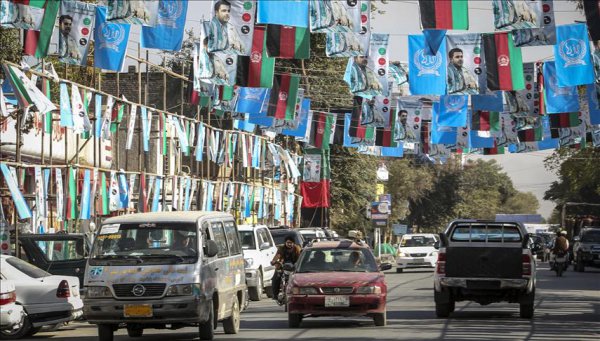 Afghan government on Friday announced to postpone the forthcoming parliamentary elections in restive Kandahar after Thursday's deadly shootout in the province.

According to a statement issued by the presidential palace, the country's National Security Council took the decision to postpone the polls in the province following demand of the Kandahar residents and recommendation of the Independent Election Commission. At least two key officials, the police and intelligence chiefs of the province, have been killed in a Taliban-claimed shootout a day earlier in the presence of top U.S. commander Gen. Austin Scott Miller.

The dramatic shootout at the presumably safest place, outside governor's office, shocked the nation on Thursday afternoon.

The charismatic police chief, Gen. Abdul Raziq, got killed due to gunfire allegedly shot by a Taliban infiltrator, Gulbuddin, who disguised as a guard of the provincial governor, Afghan army chief Gen. Mohammad Sharif Yaftali told journalists in Kabul late on Thursday.

The Ministry of Interior clarified on Friday provincial governor Zalmay Wesa -- who was also wounded, is alive. The provincial spymaster, Abdulmomin Hassankhail, has also been confirmed dead.

The incident took place outside the provincial governor's office in Kandahar city moments after U.S. Commander in Afghanistan Gen. Austin Scott Miller left the office via a helicopter, following his meeting with local security officials.

Raziq, the slain police chief, had been serving at the post since 2011 after his predecessor, Khan Mahammad Mojayed, was killed in a suicide bombing.

Raziq had previously survived dozens of attempts on his life. He has been credited with bringing peace to the restive south of Afghanistan with his operations against the Taliban in nearly a decade in Kandahar.

He was laid to rest in his native Kandahar province on Friday.