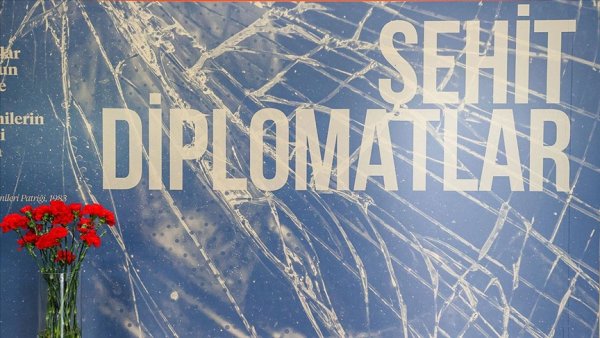 The first Turkish diplomats martyred by Armenian terrorist groups such as the Armenian Secret Army for the Liberation of Armenia (ASALA) served at the Turkish Consulate in Los Angeles, the second site for the Martyr Diplomats Exhibition, said Turkey's Communications Directorate, which organized the shows. The exhibition will be held simultaneously at Istanbul's Sirkeci Station, the directorate said in a statement.

In attacks by Armenian terrorist groups such as ASALA starting in the 1970s, 58 Turkish citizens - including 31 diplomats and their family members - were martyred, said the statement.

"In total, 77 lives were lost, and many more were injured," it added.

The exhibits are dedicated to the diplomats who did not leave their posts between 1973 and 1984 despite threats and were martyred for their dedicated service.

The exhibit in Los Angeles will be on display on April 24-26, while the one in Istanbul will be open for a full week.

The exhibits feature graphics and displays on terrorist attacks and assassinations by Armenian terrorists broken down by country and city and a detailed timeline.

In addition, the exhibits include rare images telling the stories of the fallen diplomats along with high-resolution photos created using artificial intelligence.

As the exhibitions open on April 24, the date when the Armenian lobby and some countries intentionally attempt to fuel the "Armenian genocide" slander for political fodder, they also spotlight Turkey's efforts to clarify and reveal the facts about the events of 1915, said the directorate.

Turkey objects to the presentation of the incidents as "genocide," describing them as a tragedy in which both sides suffered casualties.