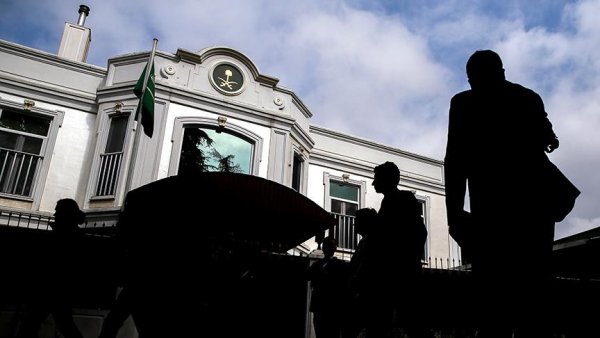 By Enes Can and Murat Kaya Turkish staffers of the Saudi Consulate General in Istanbul have started to testify to prosecutors over the disappearance of a Saudi journalist earlier this month, a judicial source said.

Fifteen Turkish employees of the consulate came to Istanbul's Caglayan courthouse to testify, said the source, who asked not to be named due to restrictions on speaking to the media.

The staffers include drivers, accountants, and telephone operators.

Jamal Khashoggi is feared dead after he entered the Saudi Consulate in Istanbul on Oct. 2 and was never seen exiting.

The public will be informed about the investigation "when necessary," said the Istanbul Chief Public Prosecutor's Office on Thursday.

"The Istanbul prosecutors' office will reveal the truth behind the disappearance of Khashoggi," Turkish Justice Minister Abdulhamit Gul also said on Thursday, adding that "whatever the international law requires will be done."