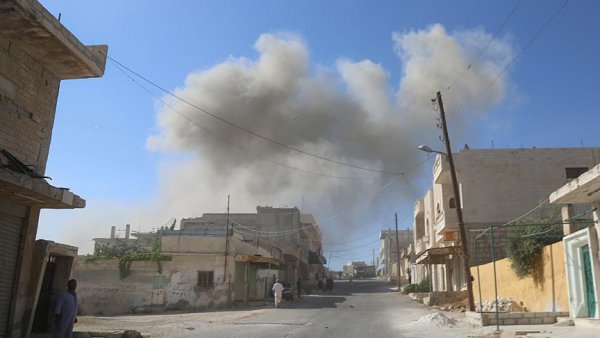 Syrian regime forces and pro-Assad foreign terrorists shelled several districts in the Idlib de-escalation zone on Friday in violation of the Sept. 17 Sochi agreement between Turkey and Russia. After a Sept. 17 meeting in Sochi between Turkish President Recep Tayyip Erdogan and Russian counterpart Vladimir Putin, the two sides agreed to set up a demilitarized zone -- in which acts of aggression are expressly prohibited -- in Syria's Idlib province.

According to the terms of the deal, opposition groups in Idlib will remain in areas in which they are already present, while Russia and Turkey will conduct joint patrols in the area with a view to preventing a resumption of fighting.

Syria has only just begun to emerge from a devastating conflict that began in 2011 when the Assad regime cracked down on demonstrators with unexpected ferocity.