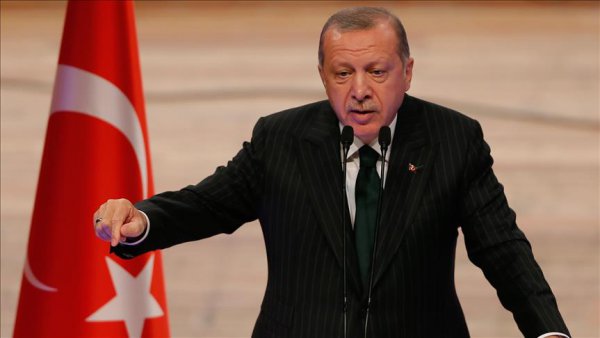 "While we had difficulties to struggle with terrorists even within our borders until recently, today we make life miserable for terrorists anywhere in the world from Iraq to Syria, from Europe to Central Asia," Erdogan said at the opening ceremony for the new academic year at Dokuz Eylul University in western Izmir province.

"If hopes are still alive in Syria at a time when everyone turns backs [on Syria], the biggest share belongs to Turkey," he said.

"We do all these as per humanitarian, conscientious and Islamic duty," he said.