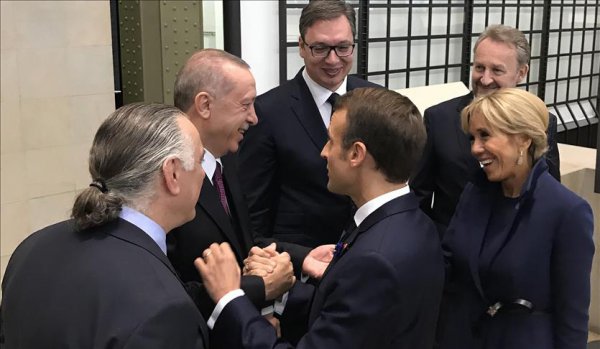 11 Kasım 2018 Pazar, 22:18 Erdogan in French capital Paris to attend ceremony of centenary of the end of WWI

Macron's dinner was attended by heads of states, governments and international institutions and their spouses who came to the French capital to join in events marking the centenary of the end of World War I. Erdogan talked with Macron and his wife Brigitte as well as Merkel. The Armistice of 11 November 1918, signed between the Allies and Germany, put an official end to World War I. Therefore, Sunday corresponds to the 100th anniversary. There will be a commemorative ceremony near the Arc de Triomphe monument located in Champs-Elysees.