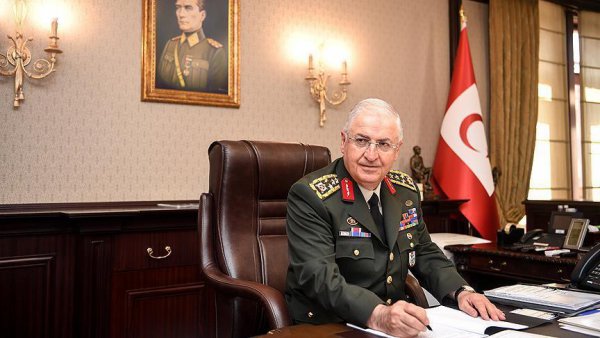 Guler is in the U.S. to attend the Counter-Violent Extremist Organization Conference, the Turkish General Staff said on its Twitter account.

The two army chiefs discussed security and stability in the Syrian city of Manbij as well as bilateral cooperation against Daesh, according to a statement released by the U.S. Department of Defense following the meeting.

"The U.S. and Turkey enjoy a strong and continuous strategic military-to-military relationship as key members of the NATO alliance," the statement said.

The Manbij deal between Turkey and the U.S. focuses on the withdrawal of terrorist YPG/PKK forces from the city in Aleppo province, northern Syria to stabilize the region.

In its more than 30-year terror campaign against Turkey, the PKK has taken 40,000 lives, including many women and children. The YPG is its Syrian branch.