UN praises changes for the better in Syria 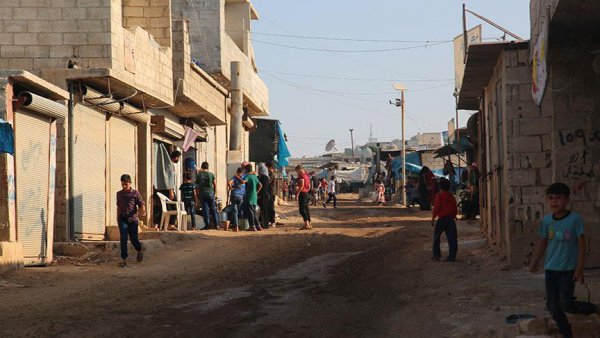 Things are getting better in Syria for the first time in three years, said a top UN diplomat on Thursday.

"We have now had five weeks without any attack. I cannot remember such a period for the last three years in Idlib," Jan Egeland, an advisor to Special UN Syria Envoy Staffan de Mistura, told reporters at the UN in Geneva. But he also said the terrorist groups of the PKK/YPG and the Bashar al-Assad regime have attacked thousands of civilians in eastern Syria.

Underlining his hopes for diplomacy, Egeland expressed his joy to see Turkey and Russia reach agreements.

"The Russian and Turkish sides have indicated that more time will be given to implementing the agreement" reached in Sochi, Russia, for the northern Syrian province of Idlib.

"There will be more time for diplomacy," he added.

According to Egeland, the UN have 12,000 humanitarian workers in Syria and donors have released aid which was frozen out of fear it would never reach anyone due to a lack of security.

"We have now a window of opportunity to help people and that is important before the winter," he said, adding that a relief convoy with food, health and personal care items will be sent to Rukhban, southeastern Syria.

Egeland said there are reports of deaths in the area due to lack of relief supplies. "The last time we reached Rukhban was last January," he added.

In the Sochi agreement, Ankara and Moscow signed a memorandum of understanding calling for the "stabilization" of Idlib's de-escalation zone, in which acts of aggression are expressly prohibited.

Under the deal, opposition groups in Idlib will remain in areas in which they are already present, while Russia and Turkey will conduct joint patrols in the area with a view to preventing renewed fighting.